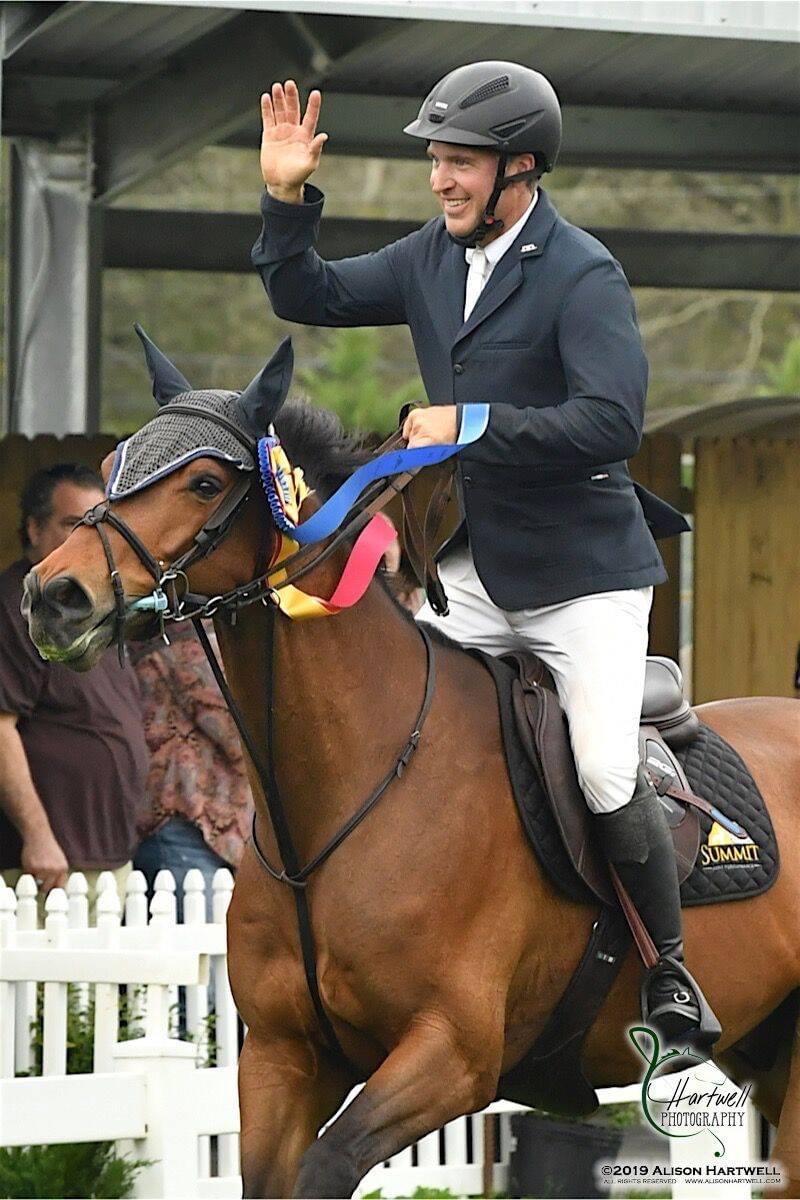 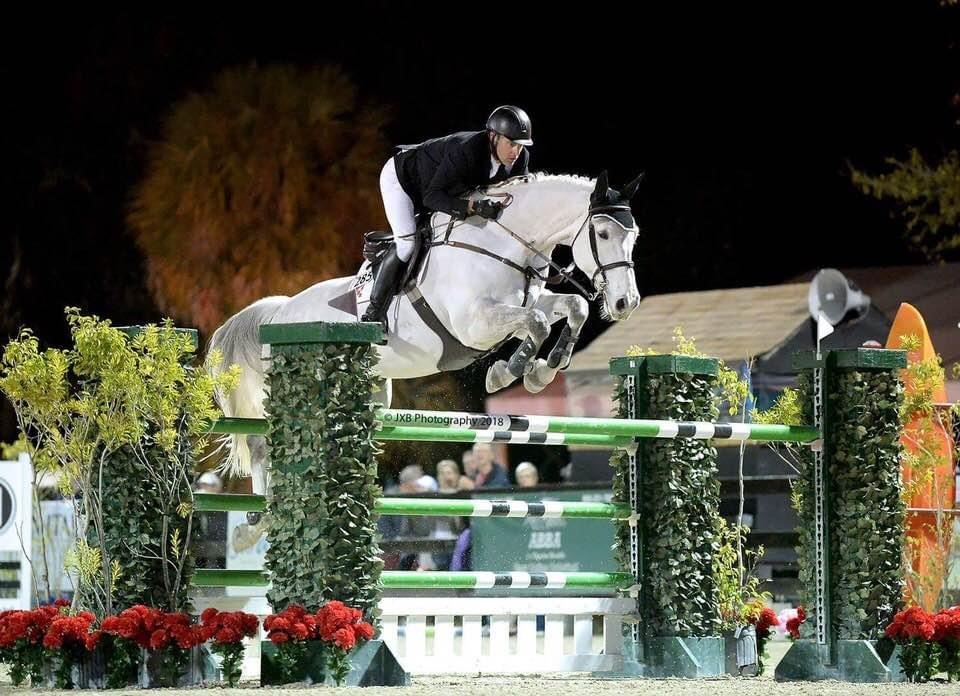 A native of Memphis, TN, Allen is an accomplished FEI level equestrian who left Hollywood to follow his passion of horses. Allen can be found riding his Grand Prix horses up and down the East Coast frequenting Tryon, Ocala and Venice, FL. He operates Allen Nabors Show Jumpers, where he buys and sells high quality horses.
Anna Loschiavo Sporthorses 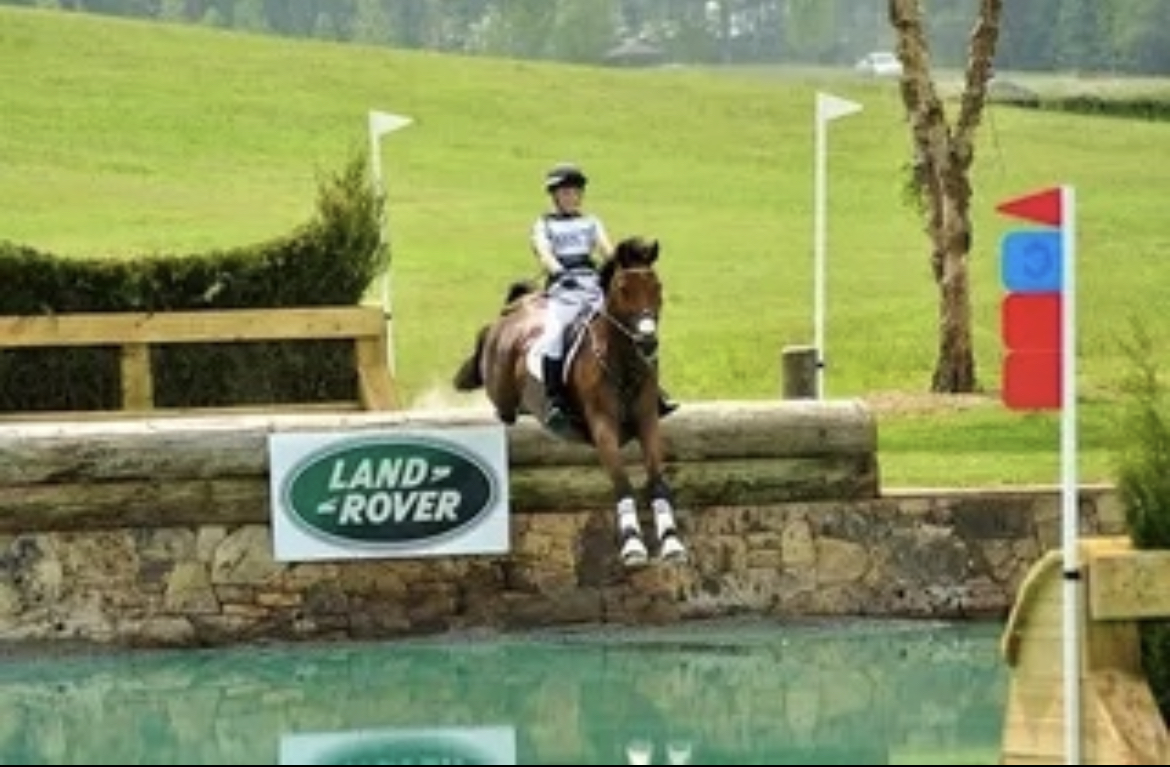 Anna Loschiavo trains and competes out of Chase Hollow Farm in Bradford, VT May-October and Ocala, FL October-May under her operation Anna Loschiavo Eventing. She is known for her ability to create strong equine partnerships and develop each horse to their maximum potential. Over the years, Anna has learned from the best equestrians including Jane Hamlin, Olympian Phillip Dutton, and Grand Prix Dressage rider Deb Dean-Smith riding, training and selling Ann Kitchel's Hungtington bred world class Oldenburgs. Huntington gave Anna the opportunity to ride and compete many horses of varying levels in Dressage and Eventing while developing her skills for producing horses. Deb Dean-Smith still provides her with key dressage training for her upper-level Event horses. In addition, she has been training since 2015 with Olympian David O'Connor who has continued to refine her accuracy and development in all three phases. Regular clinics and lessons with Lucinda Green, Kirk Webby, Buck Davidson, Denny Emerson, to name just a few, have also contributed to her journey as a developing equestrian.
Bailey Knepper 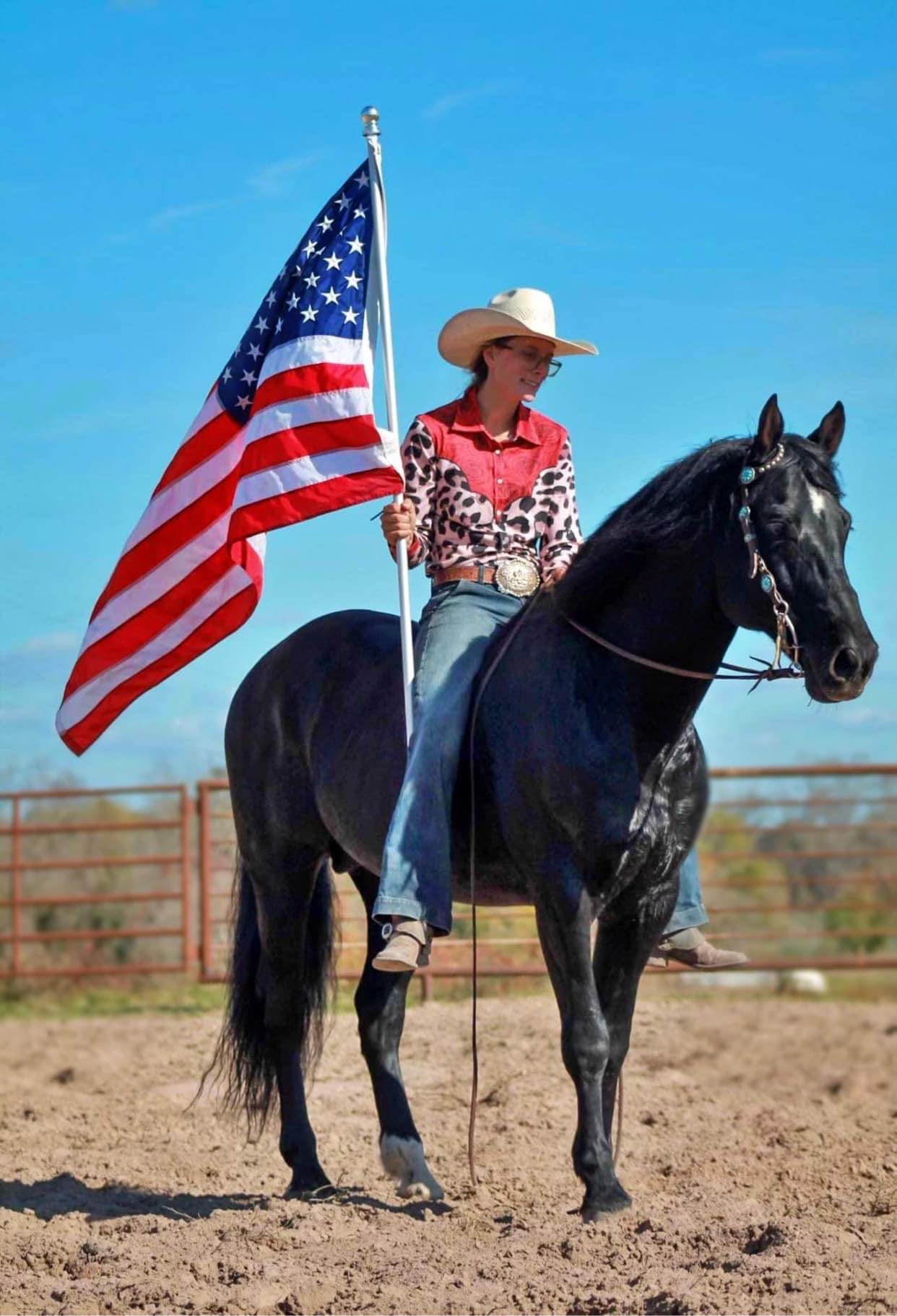 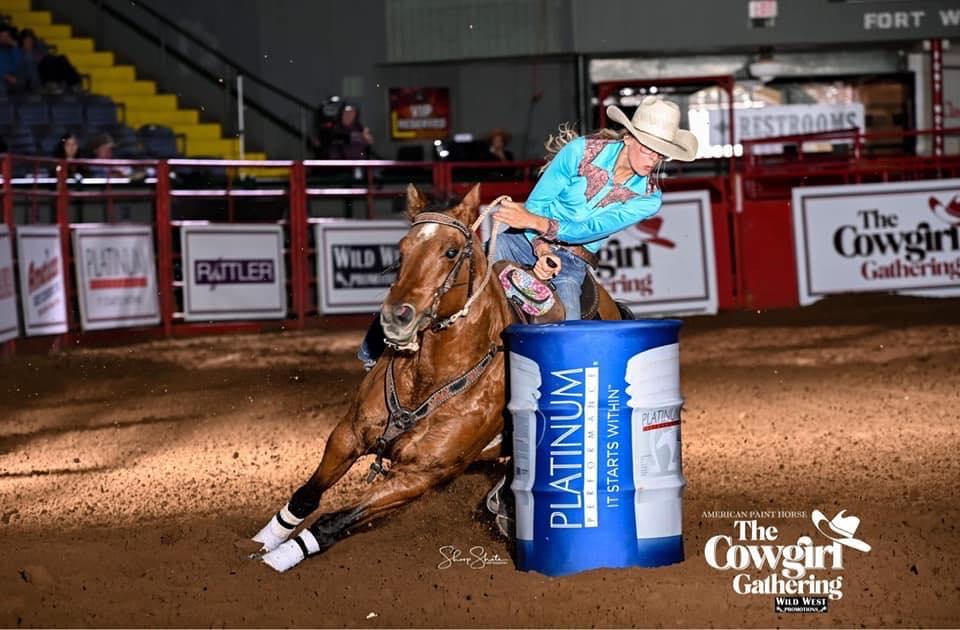 Bailey Knepper a 20 year old from Huntsville,Texas. Bailey is the owner of Flying B Equine which is an Equine Broker Company as well as a Marketing media company. Bailey has been training and selling horses for over 6 years and has used Dapple Up as part of her company routine for the past 4 years. On her free time you can find Bailey heading to a rodeo or barrel race.
Team Barlow Performance Horses 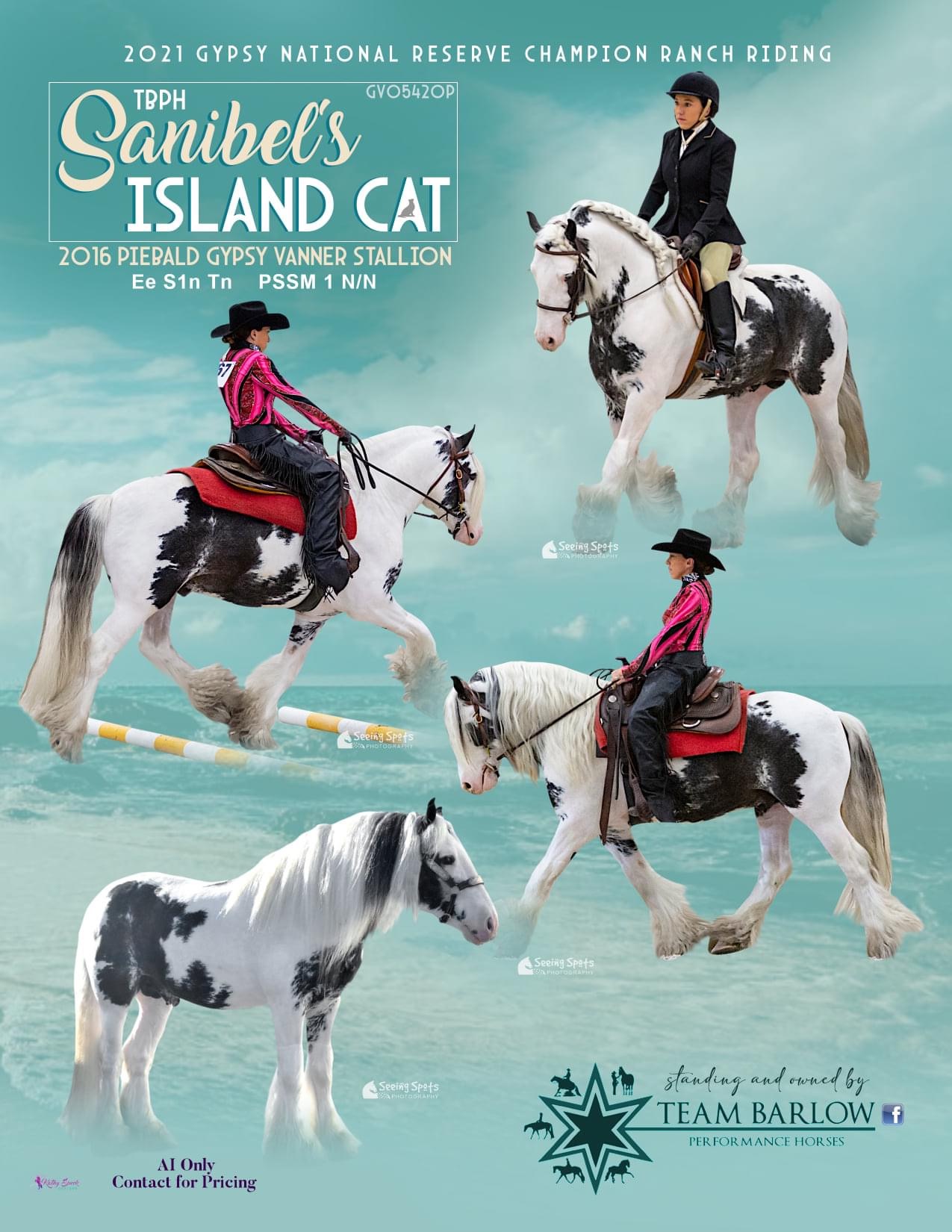 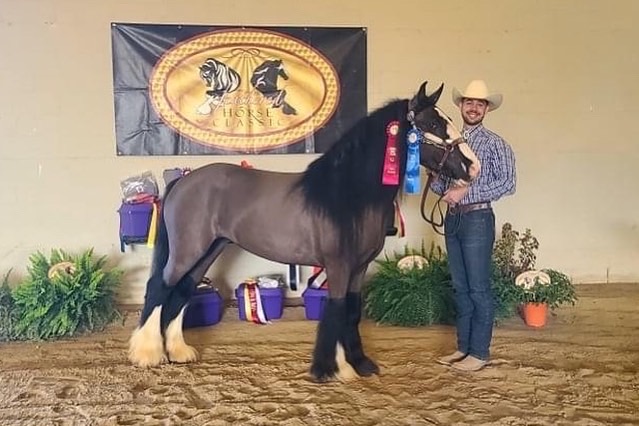 Team Barlow Performance Horses LLC. is founded by Alice Barlow-Calhoun. Alice is a graduate from the Western riding program of the University of Findlay. She has a Masters of Education and two Bachelors of Science degrees (Equine Business Management and Equine Studies-Western Emphasis). She has trained and shown all breeds and disciplines including Gaited, Western, English, Endurance and Driving. She started riding before she could walk and has show for 22 years now. Alice trains unbroke horses, trouble horses, and show horses of any discipline. She gives lessons, hosts shows and clinics. She is also a judge in 4 horse show/breed associations and judges around the country.
Cayla van der Walt & DATURO 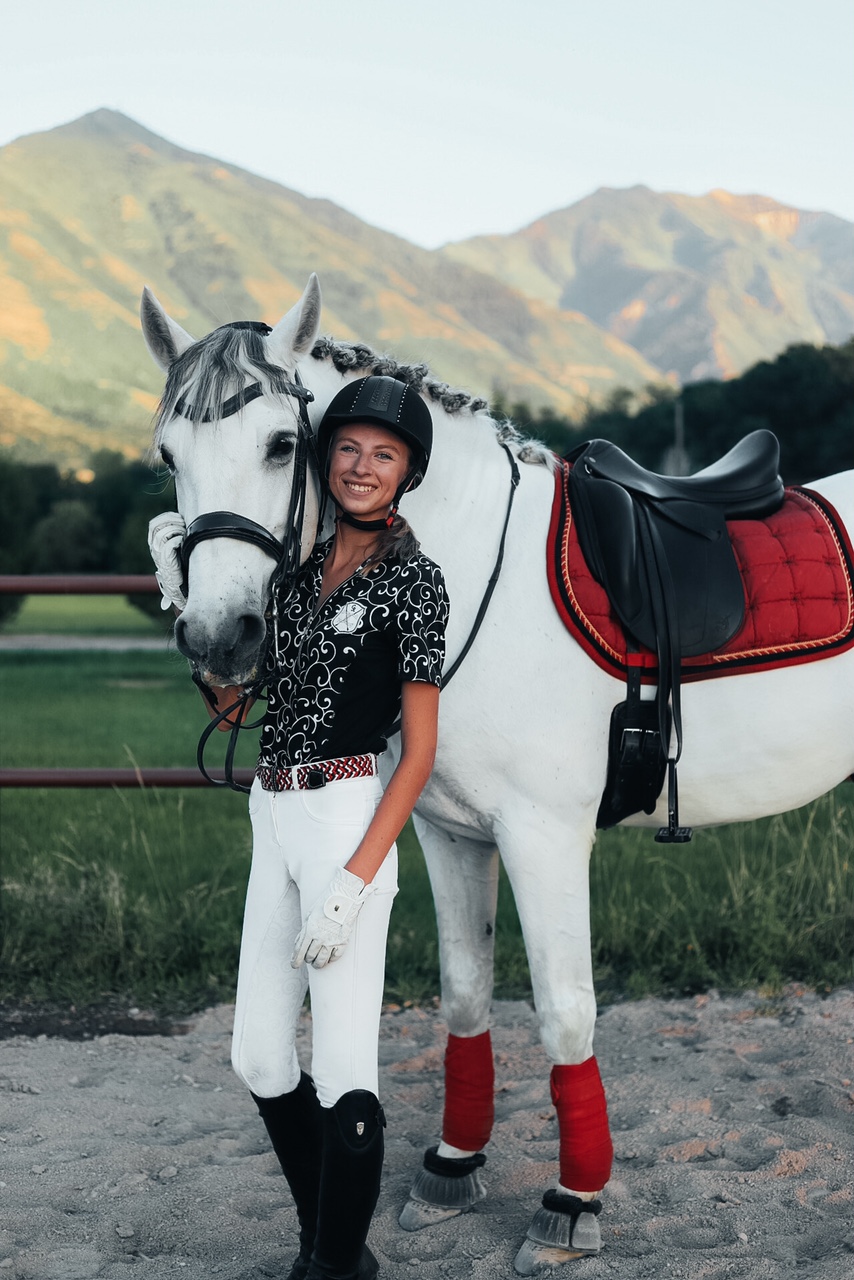 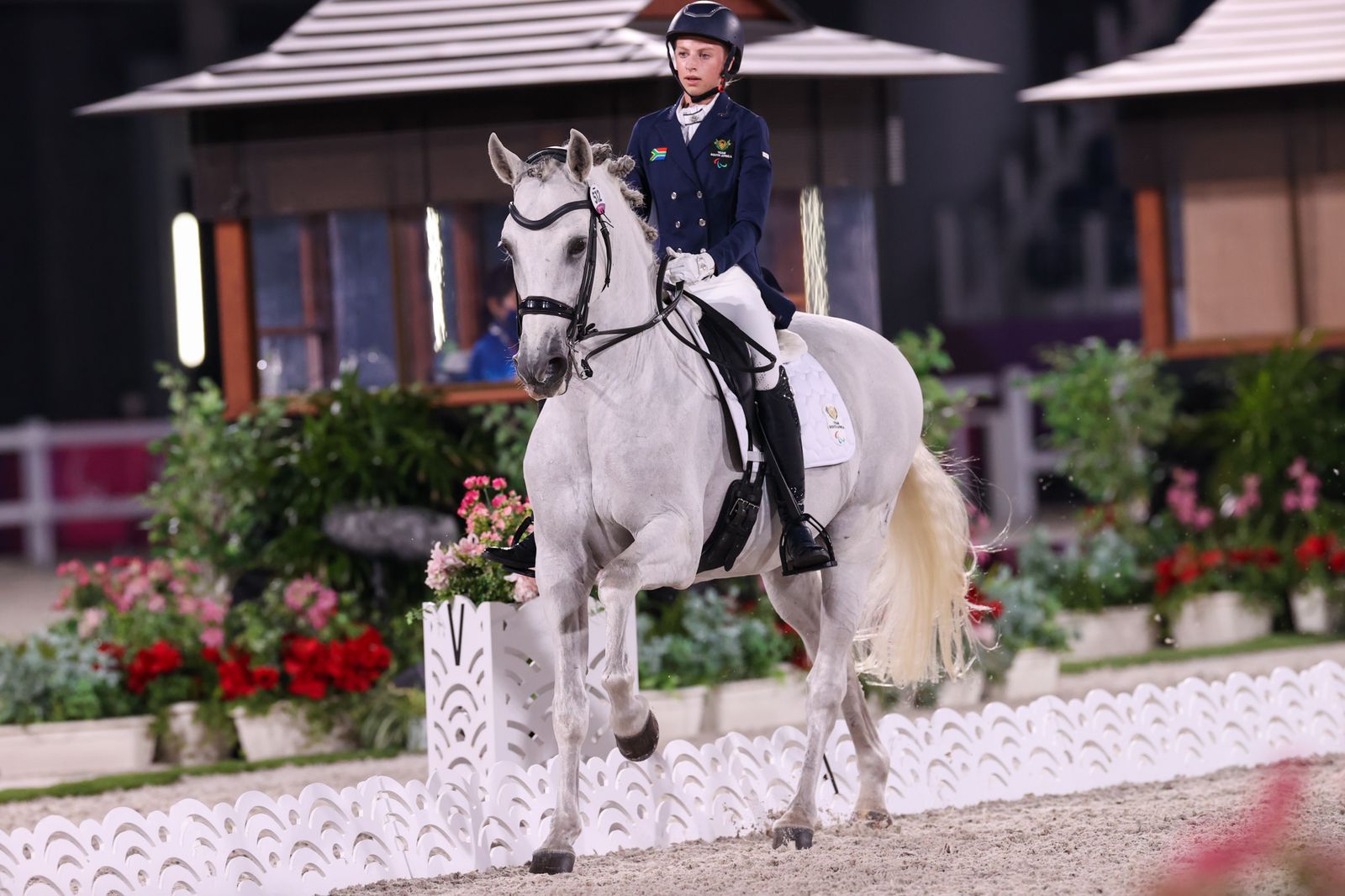 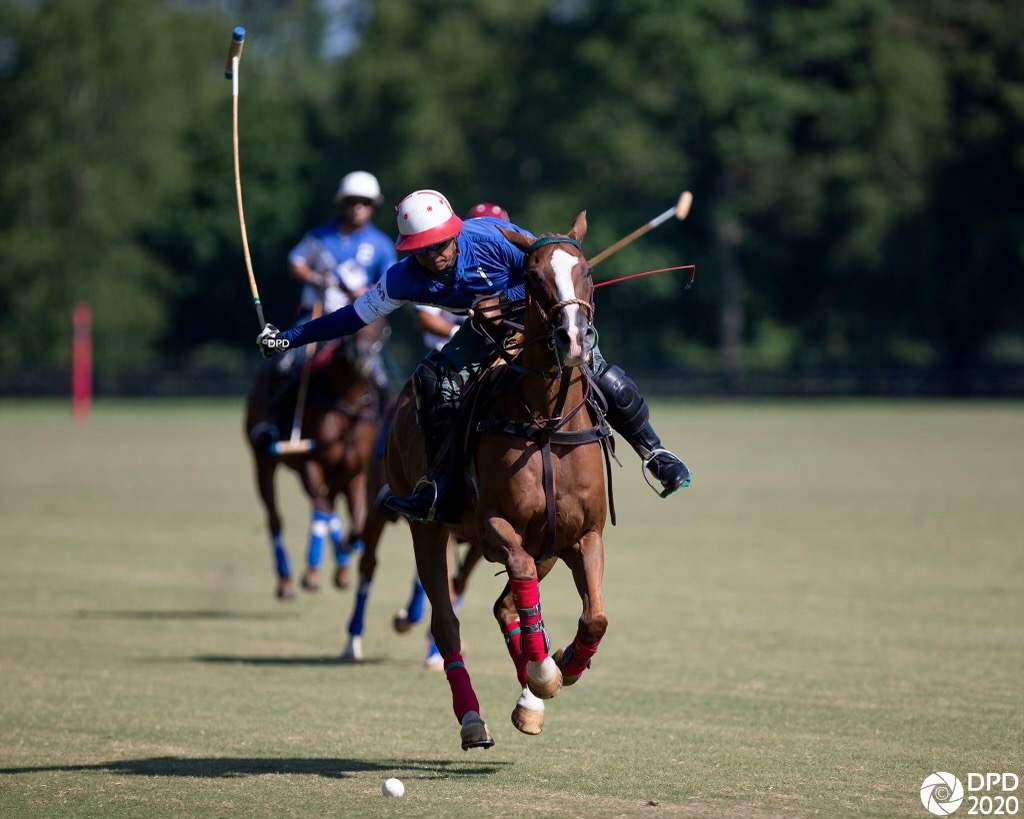 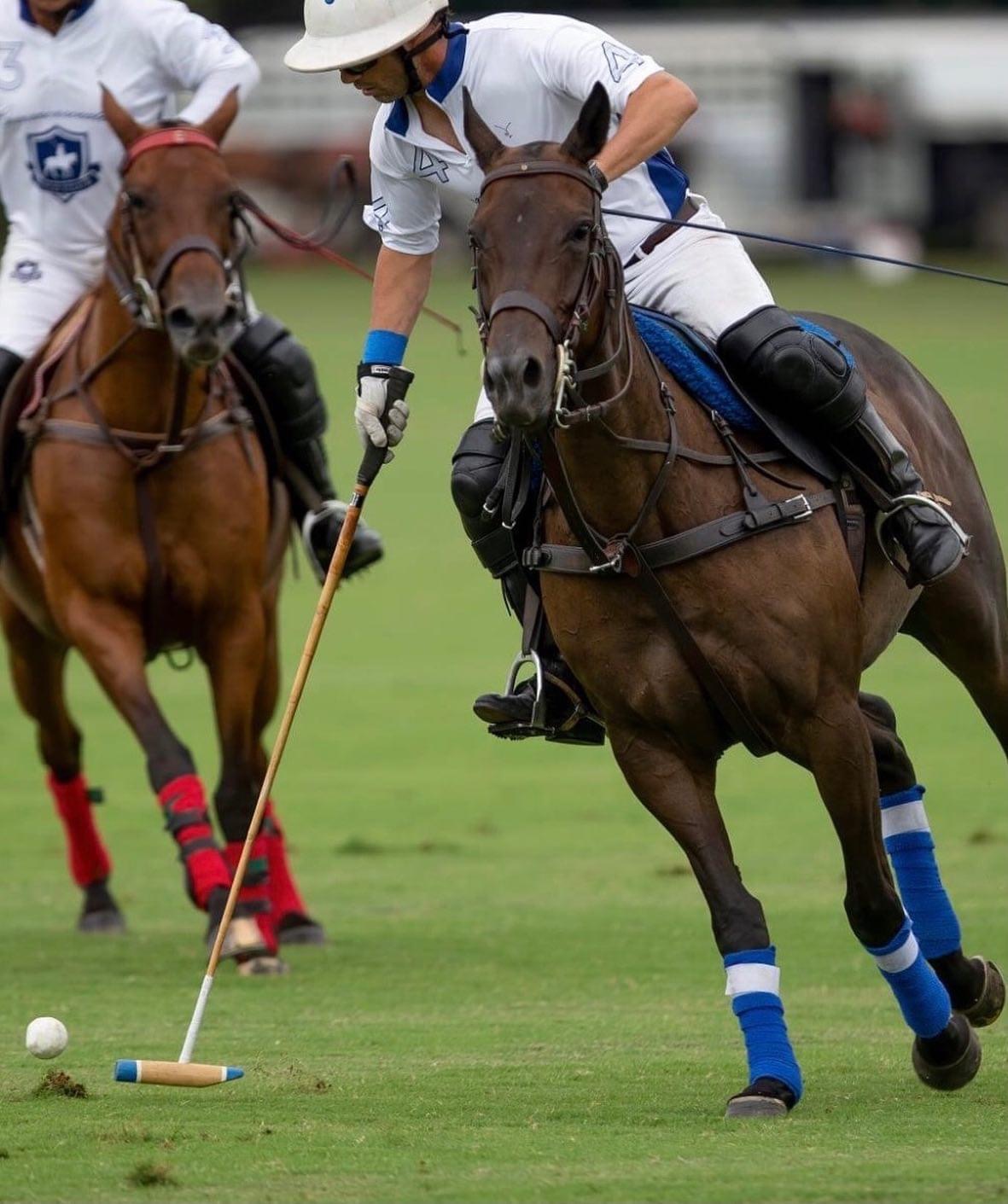 The Commonwealth Polo Club began in 2015 by Jorge Vasquez and Juan Valerdi. With over a decade spent in the region, Jorge and Juan selected a farm capable of offering a convenient location and quality land highlighted by an enclosed polo arena for all levels of player. Home of the University of Kentucky Polo Team and Commonwealth High School Team, live polo matches, and events such as Noches de Polo, Commonwealth Polo Club has something for everyone. Jorge has played polo all over the world including China, Egypt, England, Argentina, Dominican Republic, and India. Most recently, he captained the USA team in Manipur, re-started the UK polo team, and even coached the women's team to a National title in 2010. He's worked with everyone from the best American players to first-time novices. His passion for the sport is contagious and he strives to make new fans every day.  Juan grew up playing in different tournaments in his hometown, General Levalle, Córdoba, Argentina, and surrounding areas. However, his career as a professional Polo player started in the United States where he continues to excel!
Elizabeth Stewart 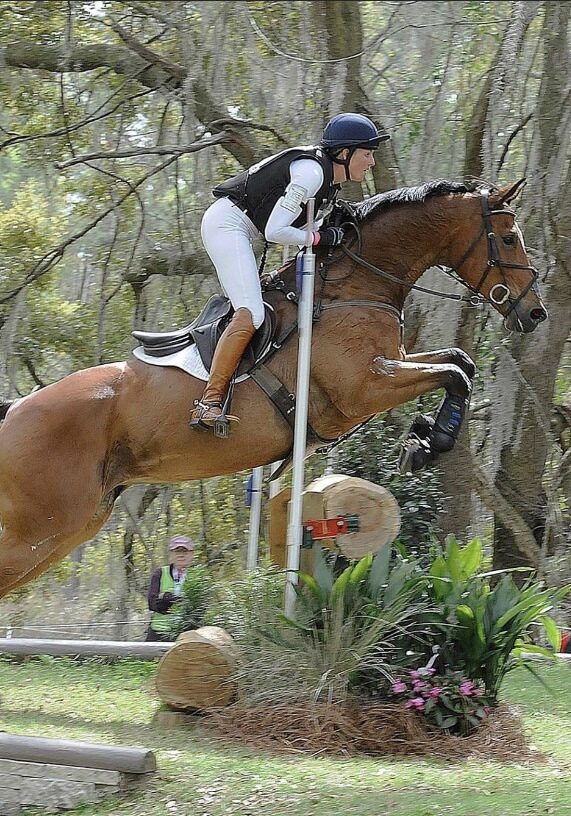 Elizabeth, who goes mainly by Liz, is an FEI 4* event rider as well as an avid show jumper. Growing up on a breeding farm in Central Kentucky, Liz grew a love for horses and the skills to pick and train young horses to produce top level competitors. She moved to PA for one year to work for Olympic Gold Medalist Phillip Dutton after high school and after graduating with her degree in Equine therapy & rehab she moved there full time. She has also trained for some time with the amazing trainers Scott Keach, Sharn Wordley, Jules and Libby Anderson, and James Burtwell. Liz has brought up many horses through the FEI levels of eventing including her latest Advanced mare Elusive which she broke and trained herself. She runs her business, Elizabeth Stewart Equestrian, out of Malvern Pa where she specializes in importing top level show jumping and eventing sport horses and training riders passionate about their sport!
Fleur De Lis Vaulters 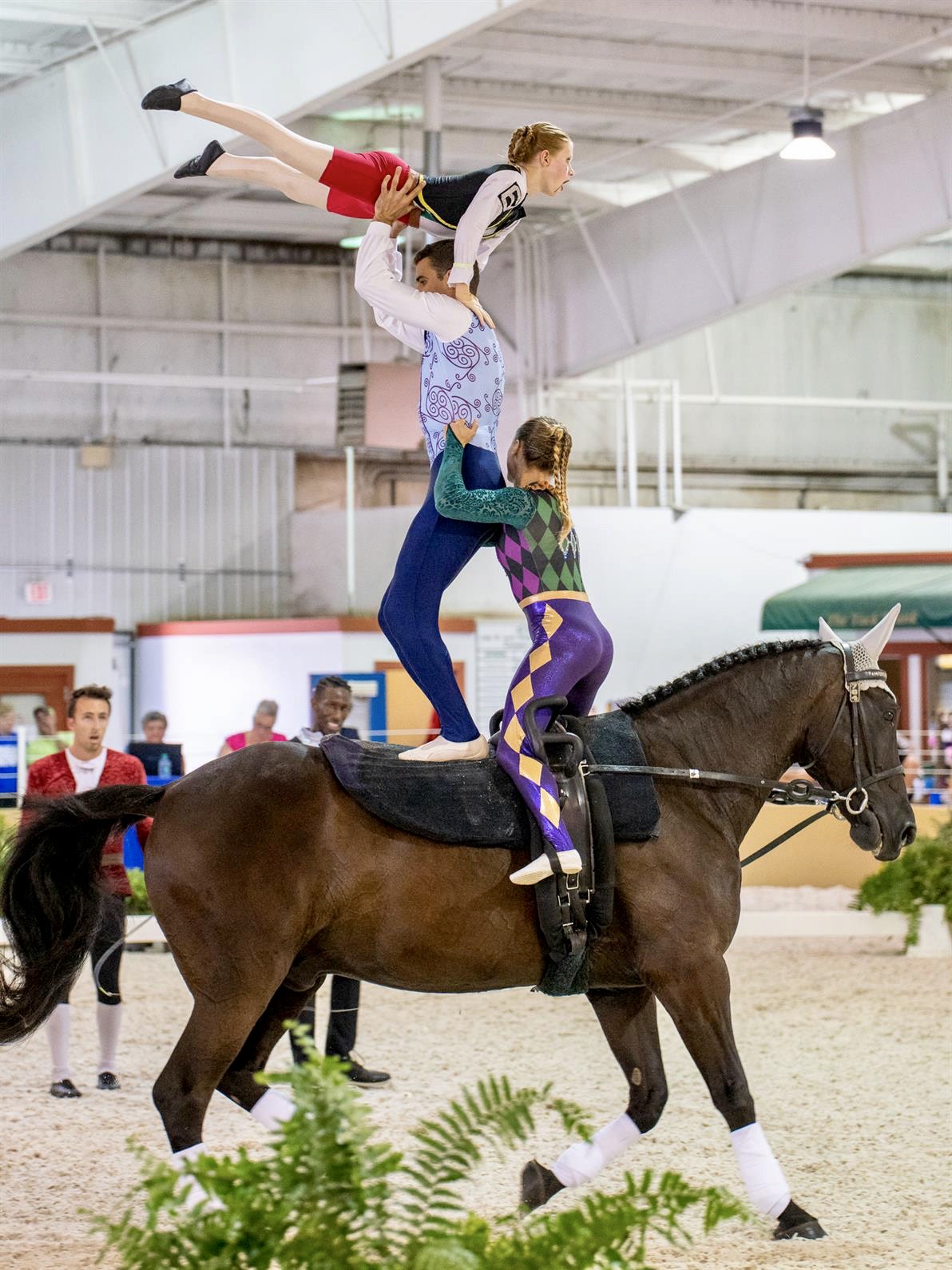 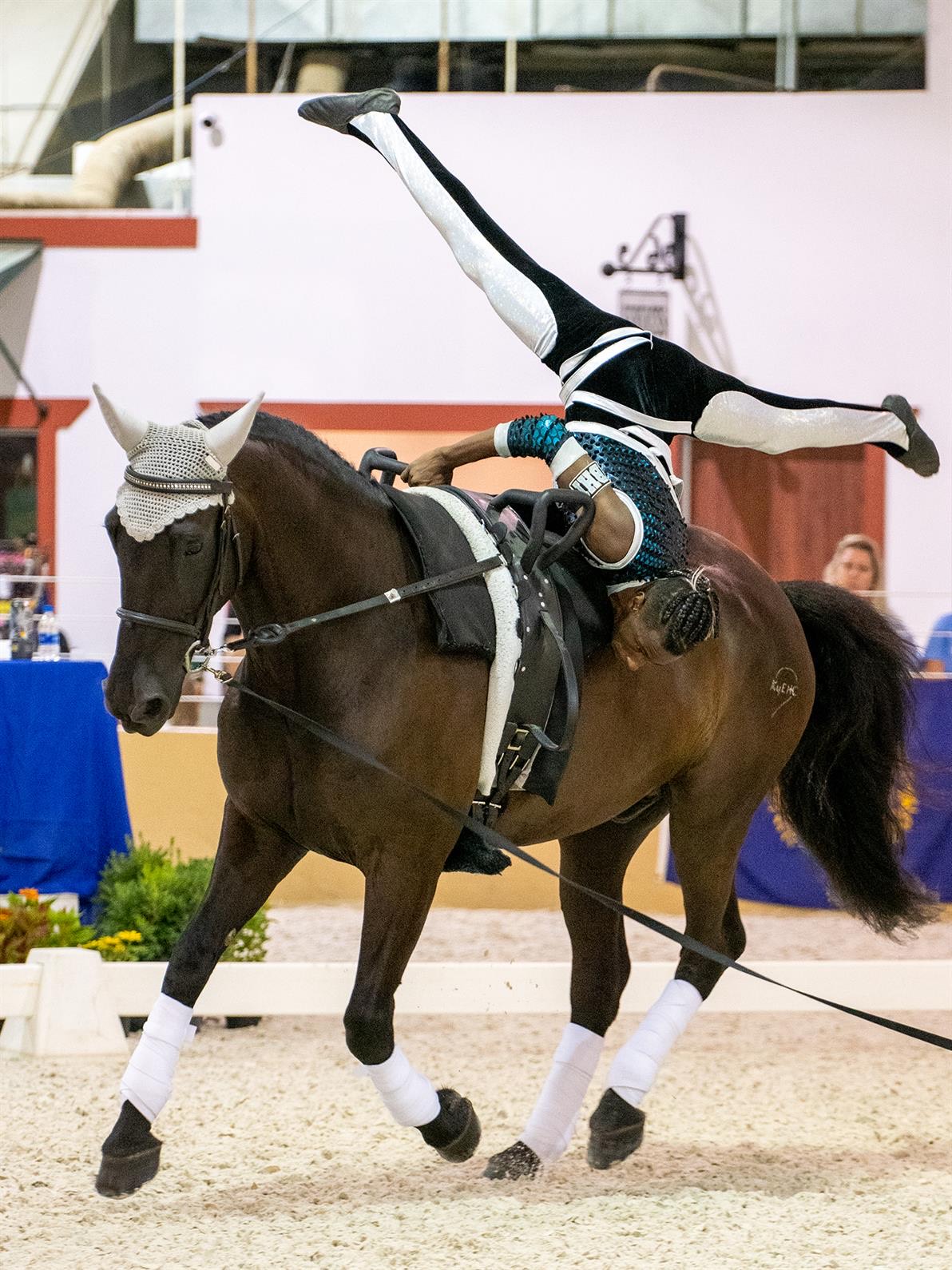 Fleur De Lis Vaulters is a nonprofit equestrian vaulting program located in Lexington, KY. Vaulting is described as gymnastics and dance performed in harmony on the back of a moving horse. As the fastest growing equestrian sport in the U.S., vaulting teaches strength, balance, confidence, coordination, and teamwork. More importantly, they vault as one family that has fun! Fleur De Lis Vaulters truly embraces the connection between Horse and Human athletes through the Art and Agility of equestrian vaulting. They compete and demonstrate throughout the USA and their foundation horse, GOLIATH is an AVA (American Vaulting Association) Gold Medal Champion along with his partner (and rescuer), Mikhail Proctor!
Grant Seger Sporthorses 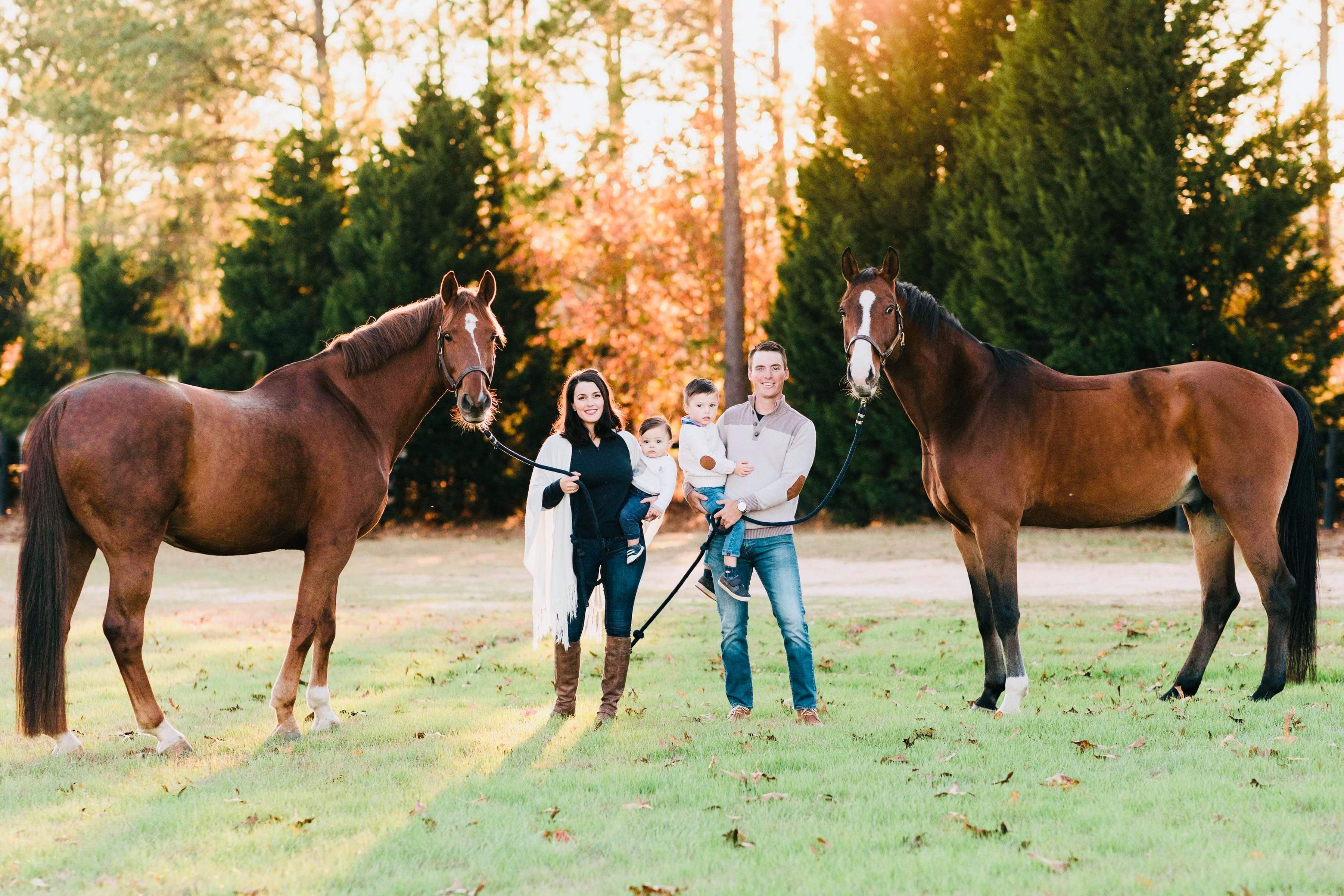 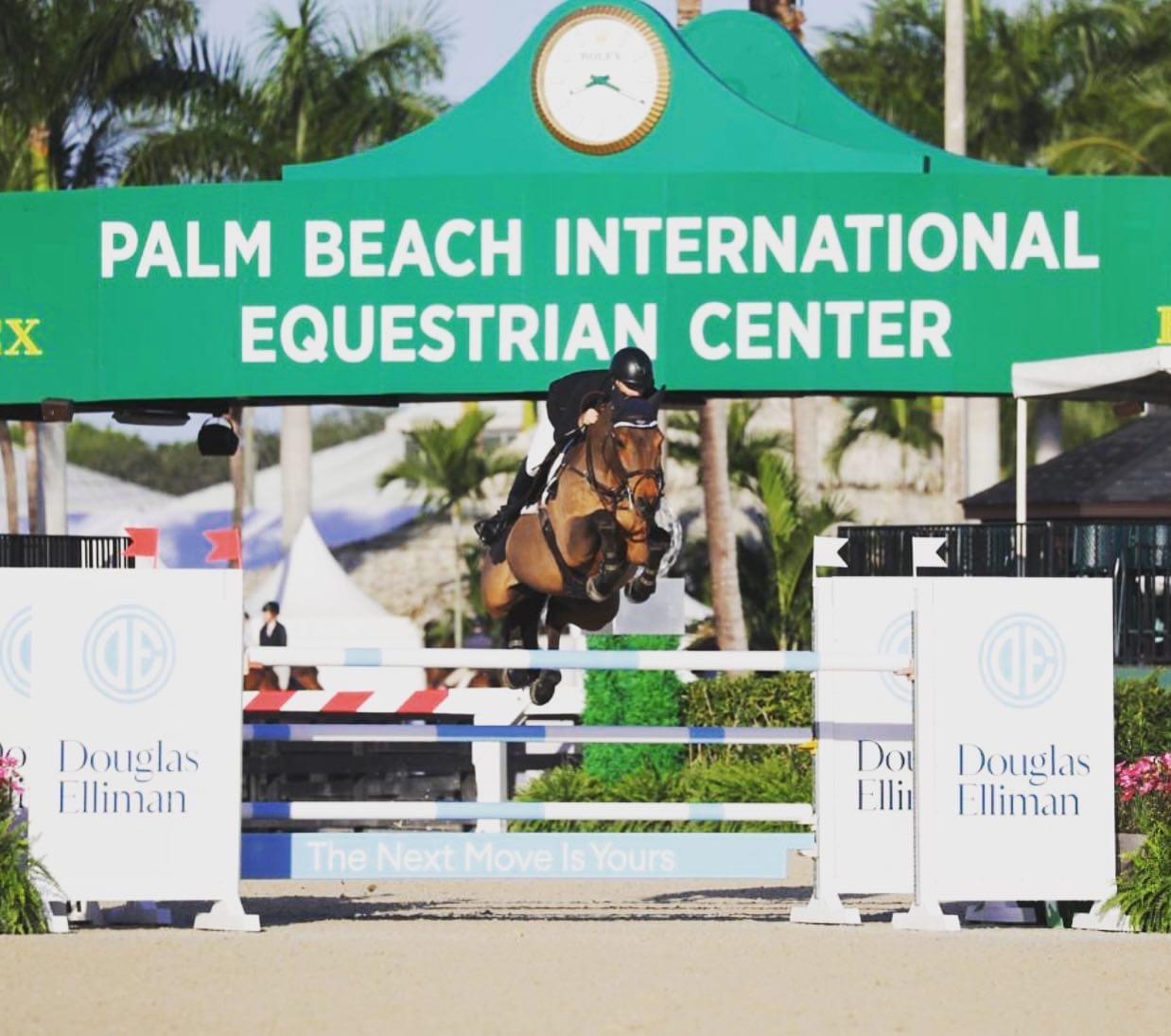 Grant and Rebekah Seger met over 10 years at a stable in their hometown of Corpus Christi, TX. Horses have always been a major part of both of their lives and reconnected them years later. They recently moved across the country to Aiken, SC to further develop their string of show jumpers by being closer to the circuits. The Segers' mainly focus on training and importing top sport horses from Europe and Grant is no stranger competing in the top Grand Prix's along the east coast! 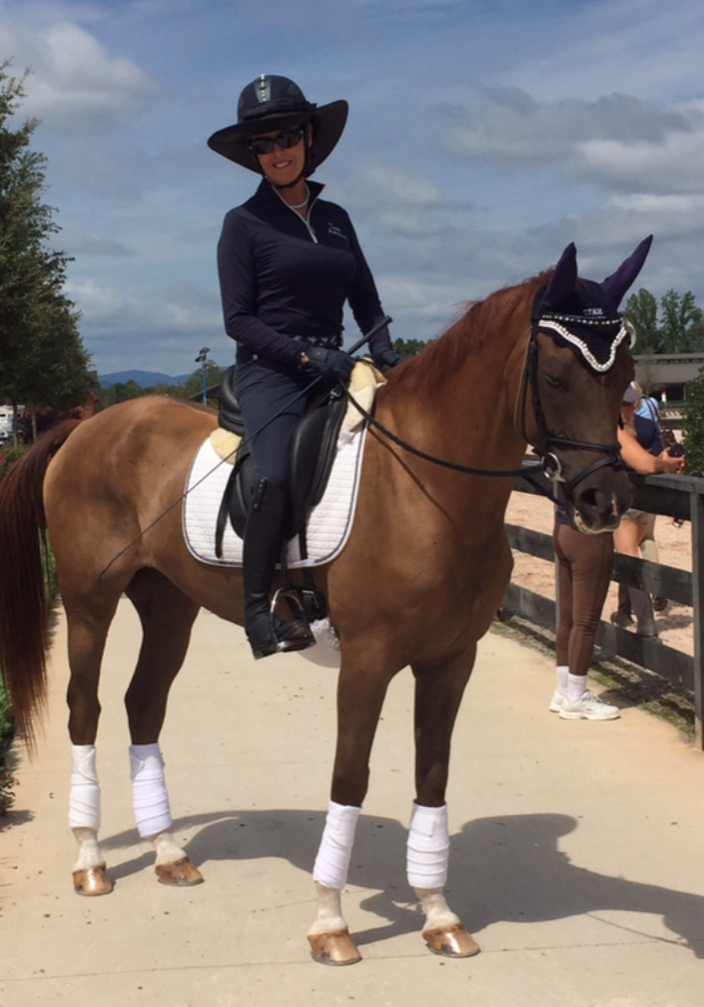 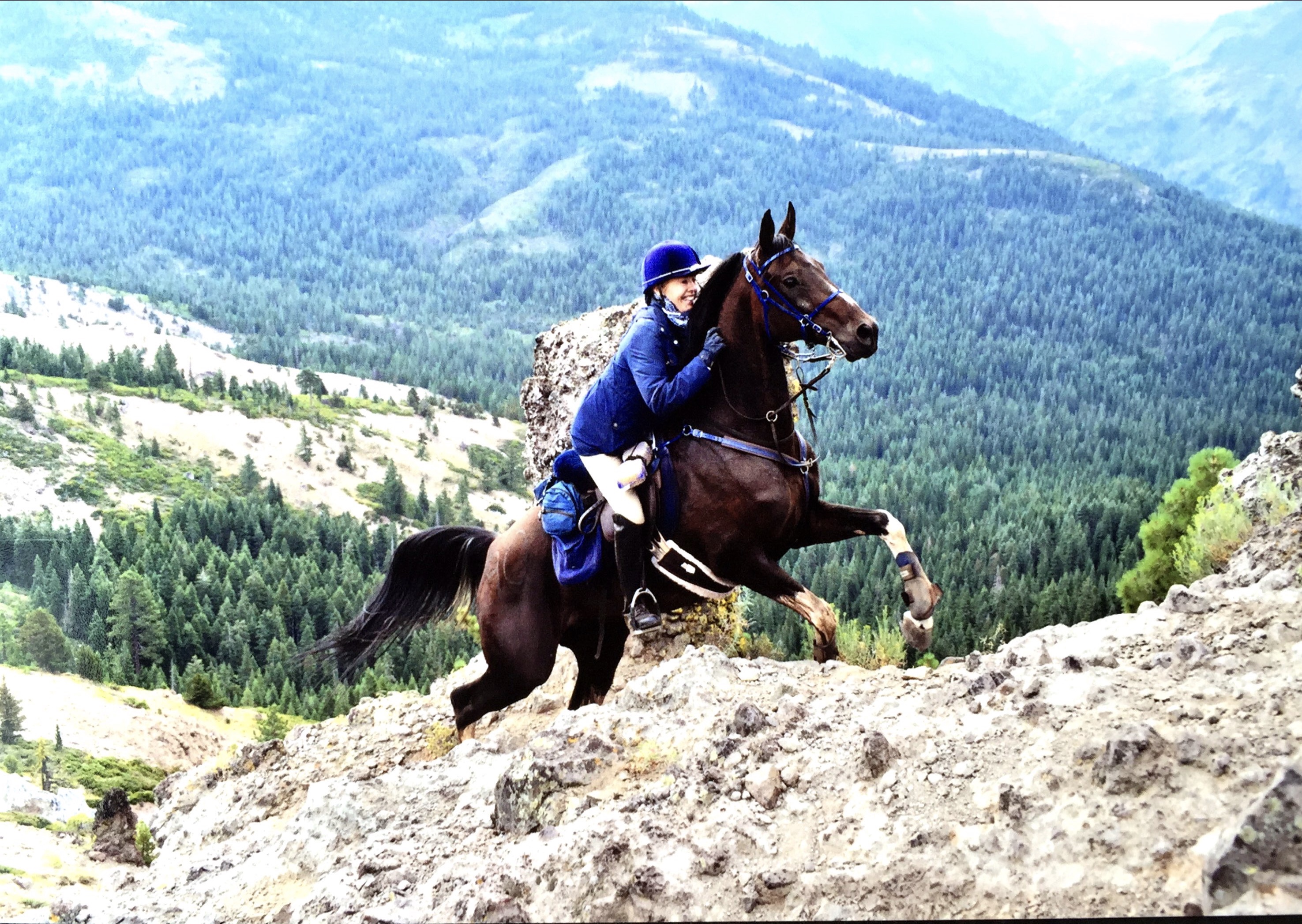 Hilda Donahue is an 4 Star Event rider and FEI Endurance rider. She is originally from Dublin, Ireland, and moved to Florida after college to be a working student for Olympic rider Ann Hardaway Taylor. Now she owns and operates Ashmore Equestrian Center in Apopka, Florida. She has competed at the world's top events, including Burghley, England, Rolex, USA, Pau, France and Adelaide, Australia. Hilda competed in the 2018 World Equestrian Games with Al-marah Speed.
Jaclyn Burke Eventing 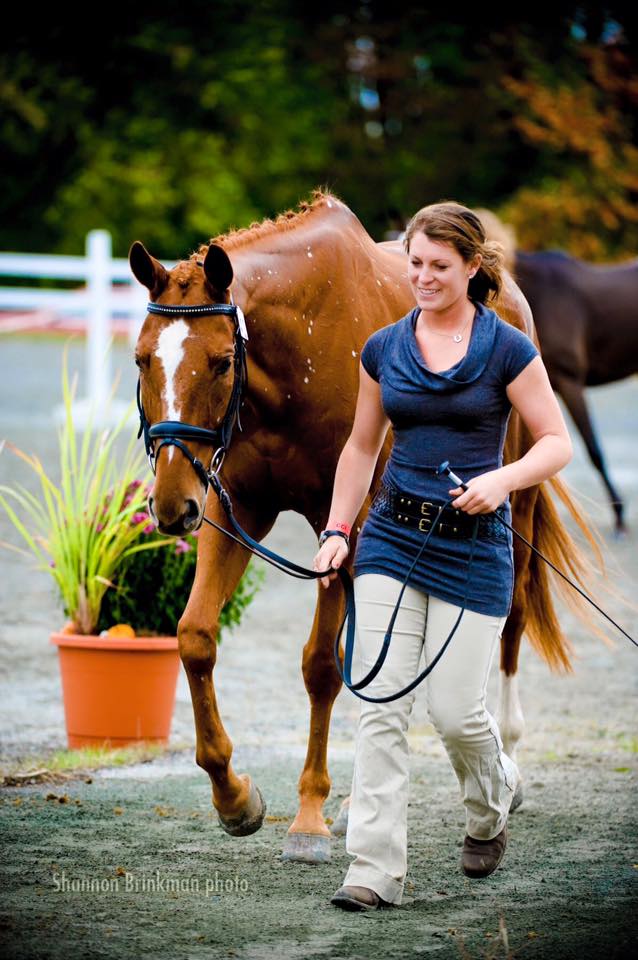 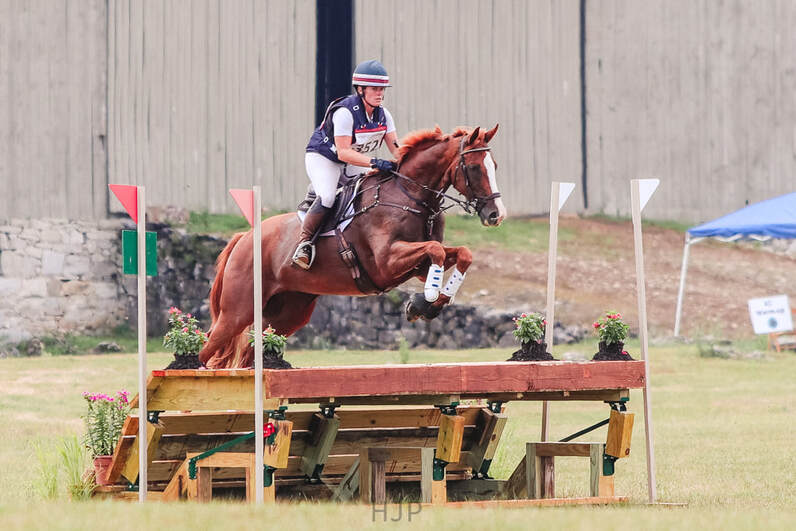 Jaclyn Burke is a CCI*** Eventer in the Washington D.C. area where she teaches and trains in Maryland and Virginia at her equestrian center, Hablyn Hills and Ocala, FL in the winter. She has studied under some of the best riders including Luciana Green, Jim Graham, Phillip Dutton, Becky Holder and many others. She enjoys  competing and teaching the younger generation of horse lovers.
Kyle Jones 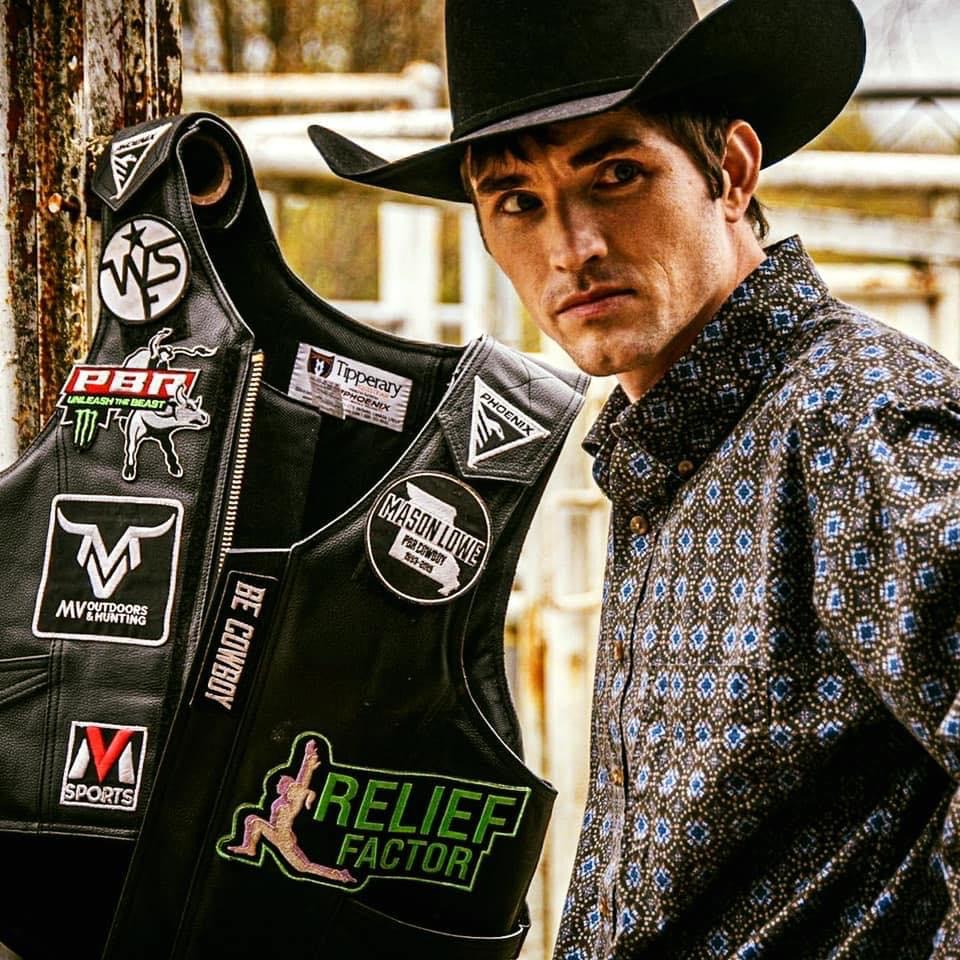 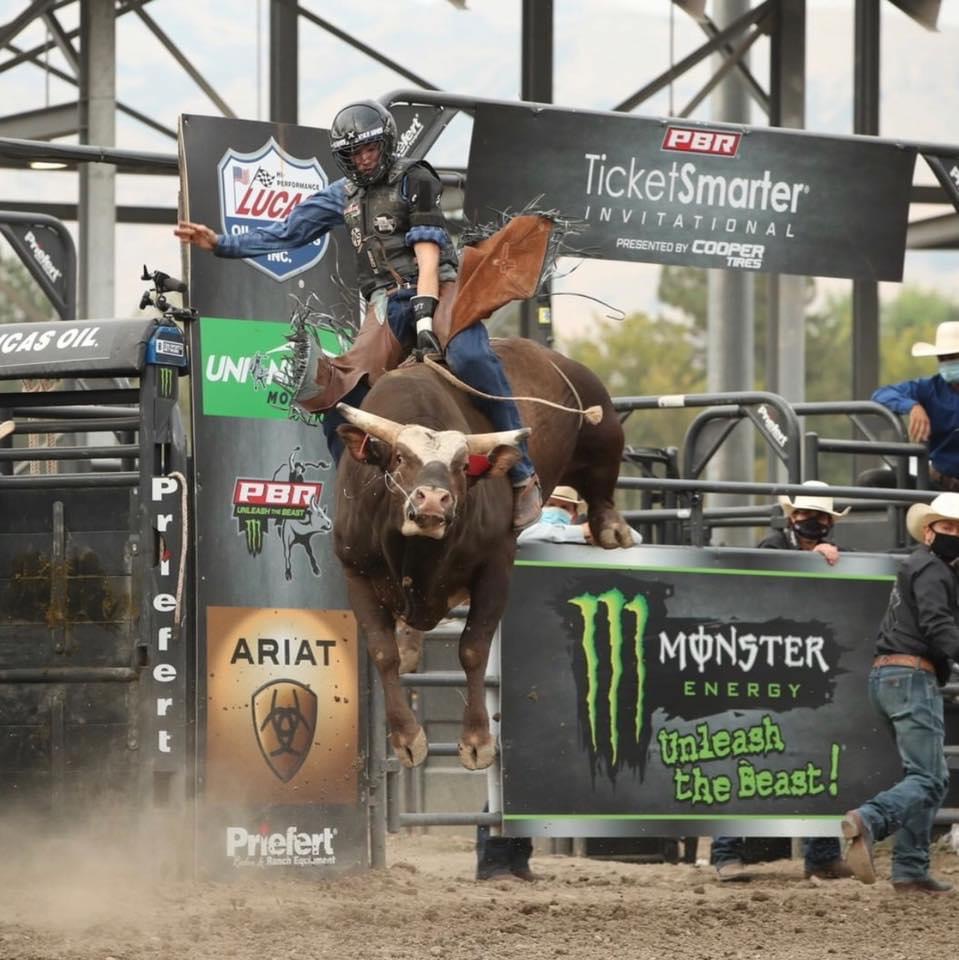 Kyle Jones is a Professional Bull Rider (PBR) from Troy, Missouri where he resides with his beautiful family.  When he is not on the road competing in the PBR Pendleton Velocity Tour, you will find him working on his natural horsemanship and colt starting with his mentor Dennis Cappel. He always puts the horse first. Kyle has a true cowboy lifestyle, a willingness to work hard, and always puts an honest day's work in.
Lauren New 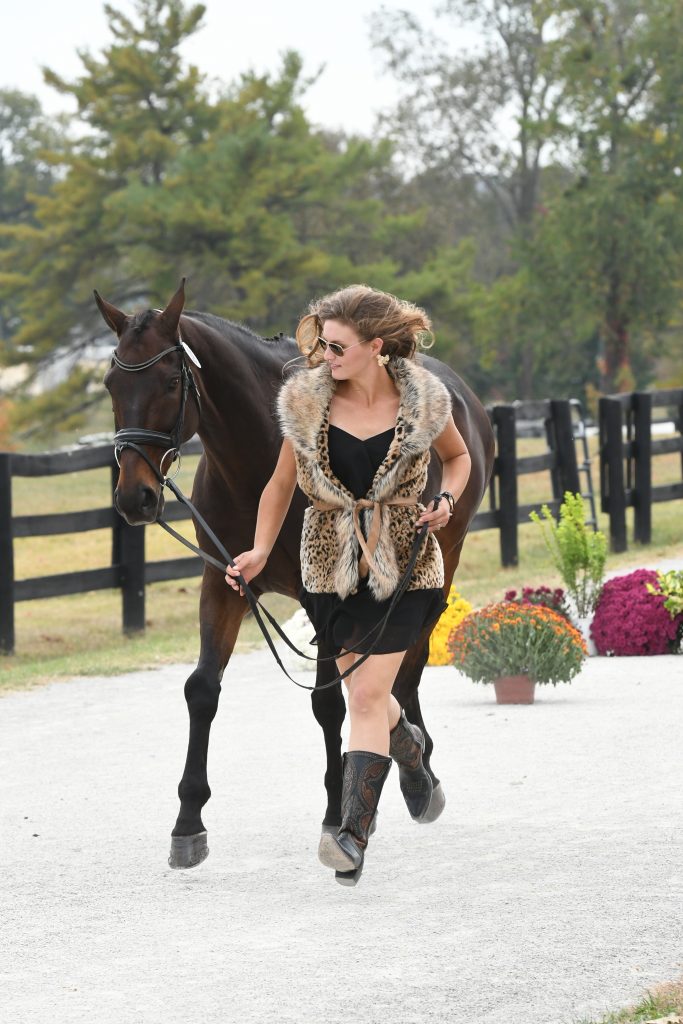 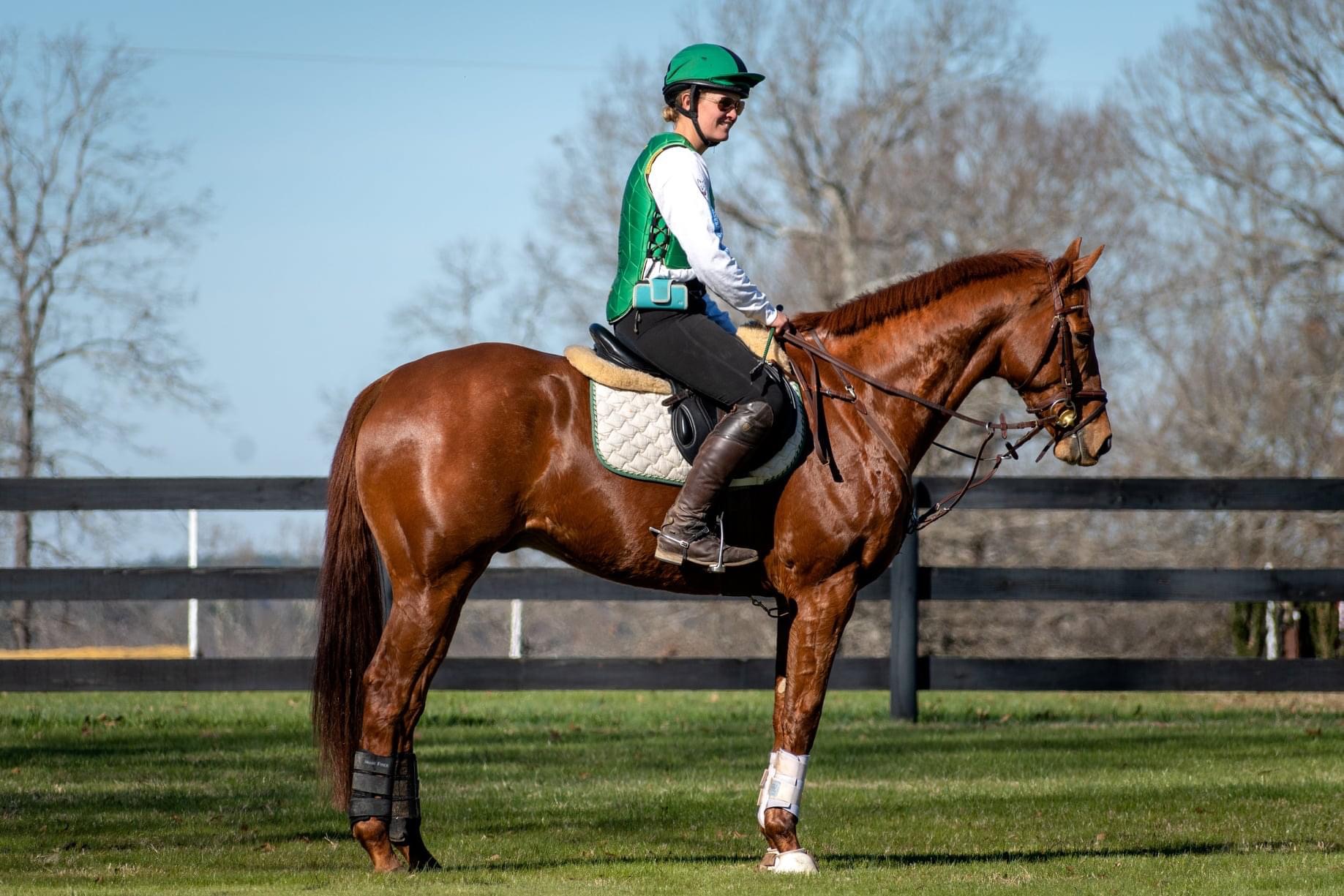 Lauren has been involved in horses for her whole life. Starting out as a horse crazy kid, her parents hoped it was a passing phase. But, the more summers she spent at horse camp, the more obsessed she became about these beloved animals. Now devoting her life to the education of both horse and rider, Lauren New has become a 2* eventer with big goals ahead. She is owner of River Birch Farm in Jasper, GA and business partner in Zenith Sporthorses. She is currently developing her next event horses, importing horses for sale, and teaching the next generation of riders.  Lauren won the 2016 Retired Racehorse Project’s Thoroughbred Makeover with her 2012 OTTB, Fairway King, making him America’s Most Wanted Thoroughbred.
Romero Maragh 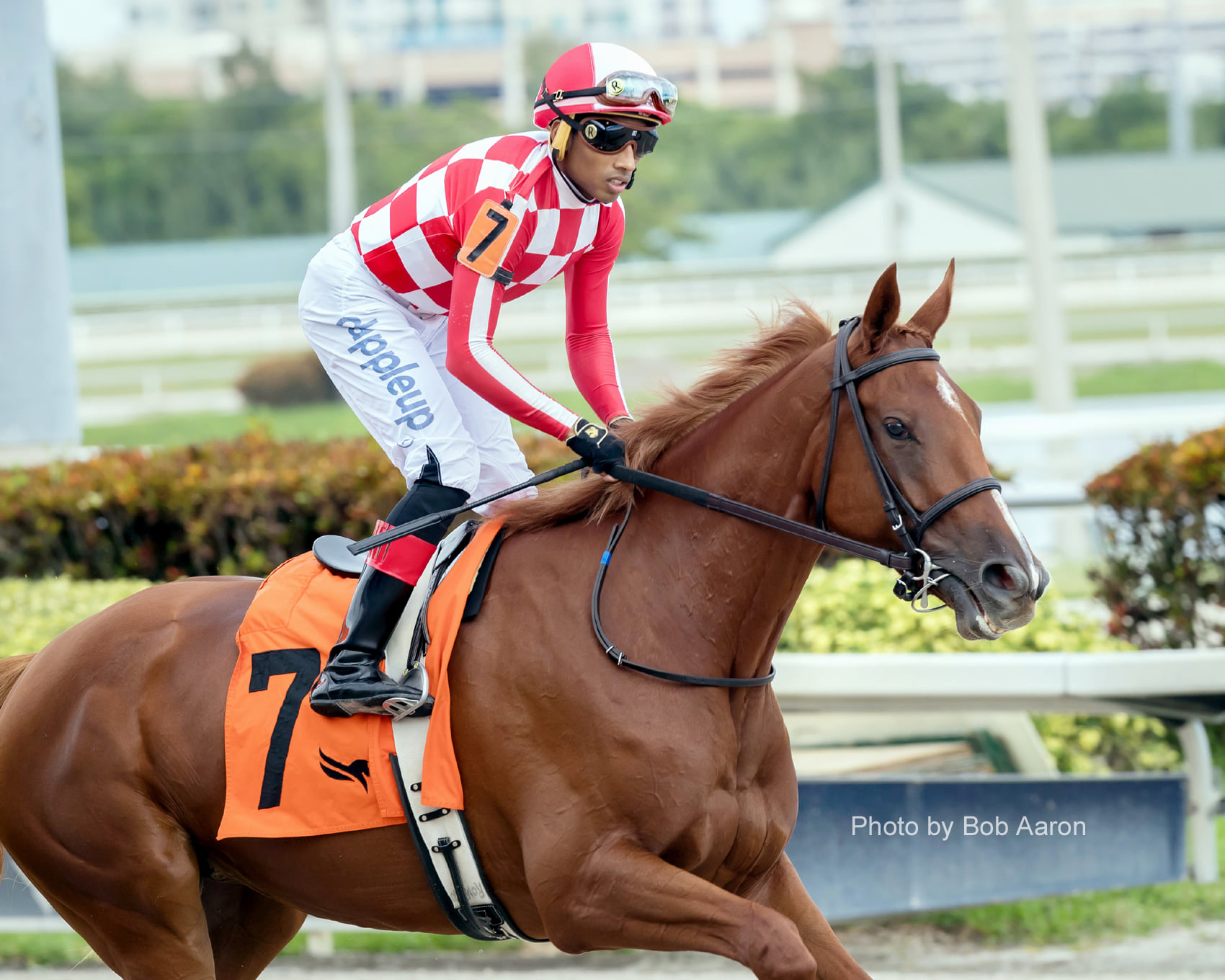 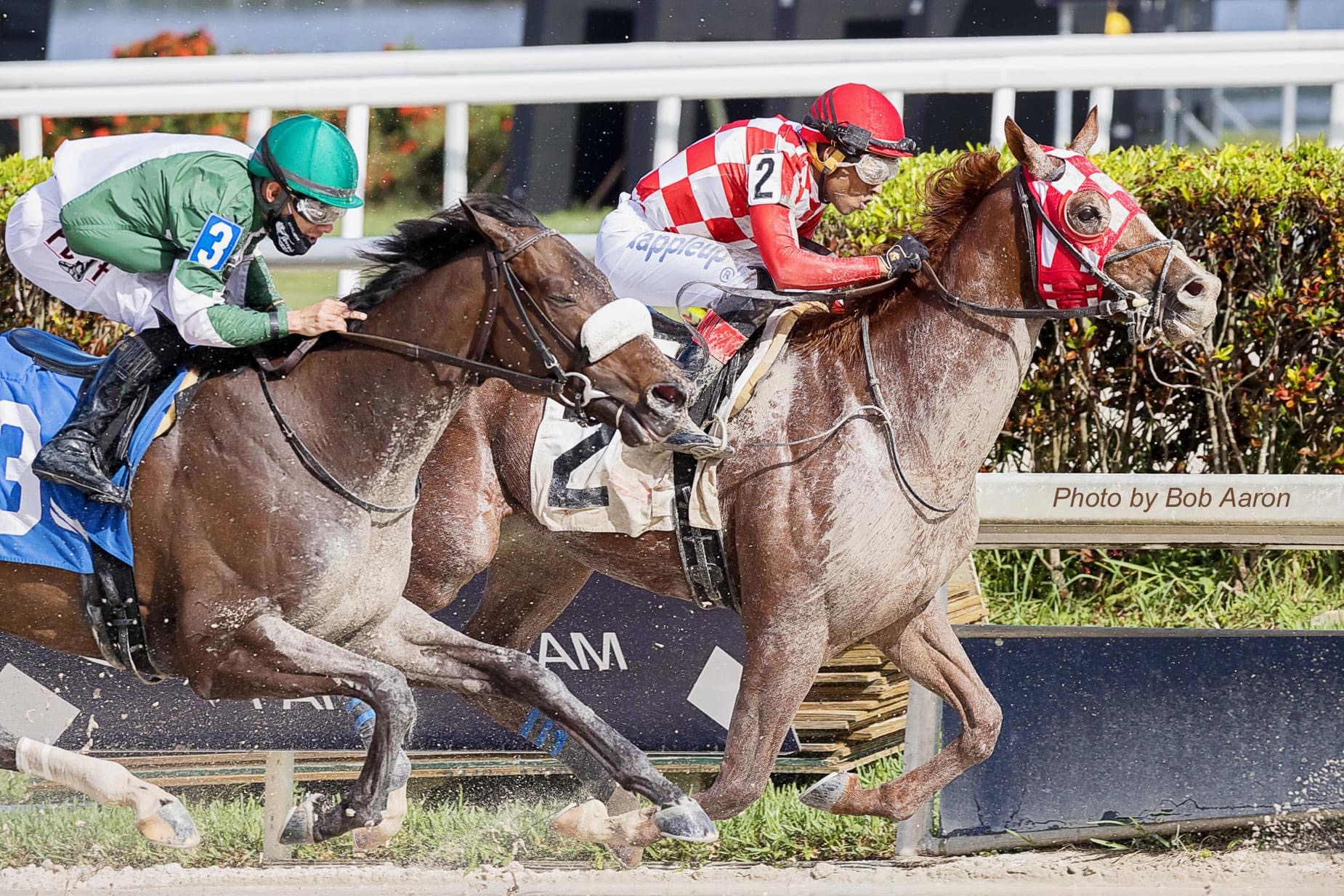 Horse racing has always been in Romero Maragh's blood. Born in Hollywood, FL, and part of a successful racing family, it would only be destiny that Romero would follow his dream to become a professional jockey.  In April 2018, when he turned 18,  Romero began his professional jockey career with his first win aboard AS IT HAPPENS for trainer & Dapple Up friend, Chuck Simon, going gate to wire. Romero’s first stakes win would be guiding, A BIT SPECIAL, in the My Dear Peggy Stakes September 29, 2018 , for trainer Patrick Biancone, (a favorite Dapple Up Barn). After surviving a life threatening racing accident in January 2019, Romero was able to start riding almost a year later in 2020. Since then, he has proven that his hardwork, determination, and will to win will continue to take him to the very top.
SilverGate Equestrian 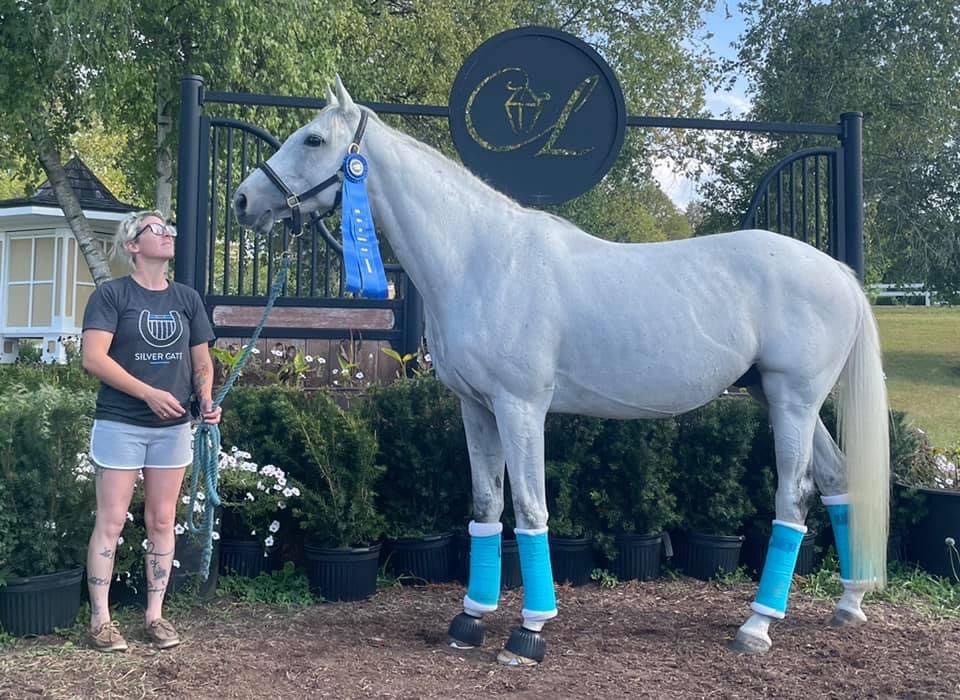 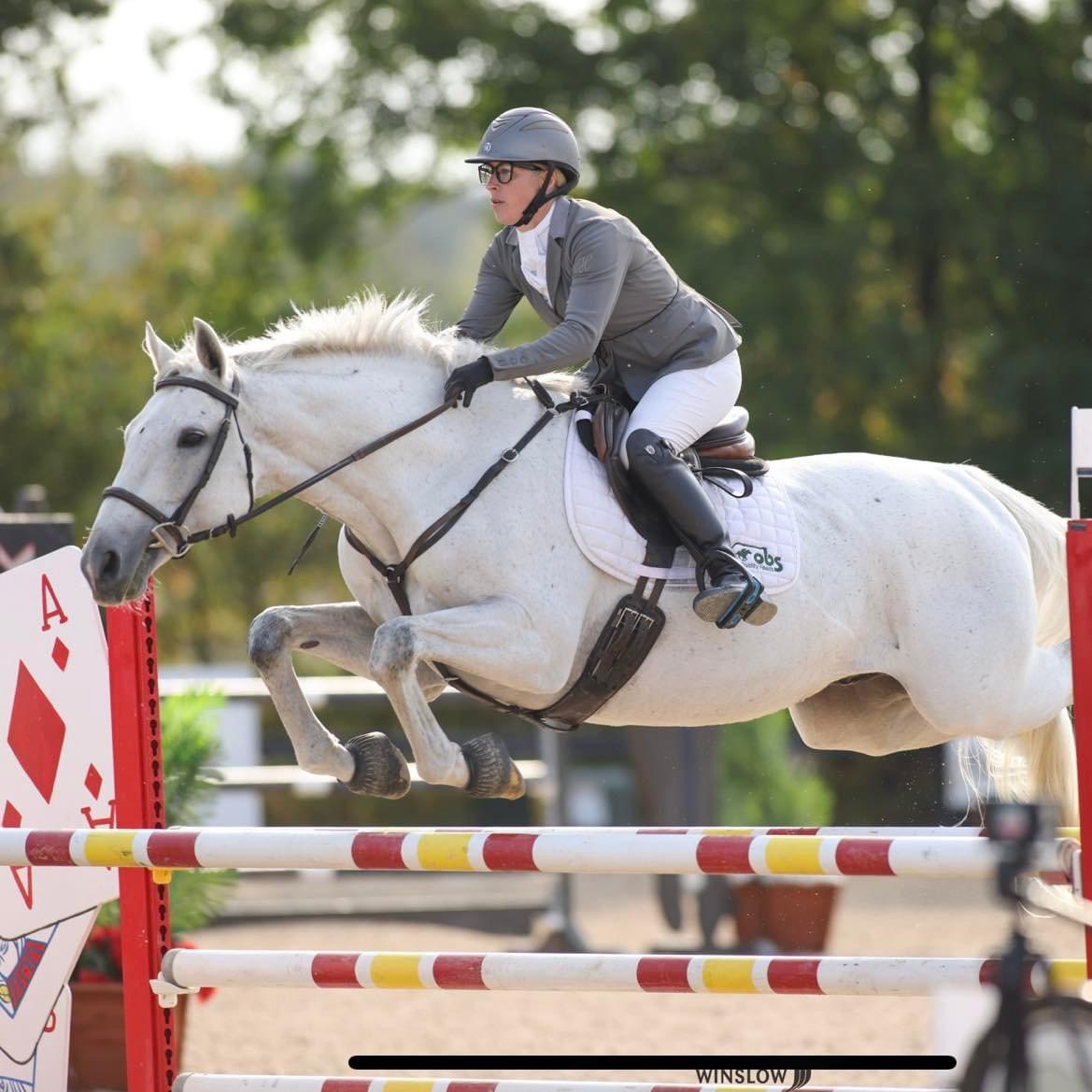 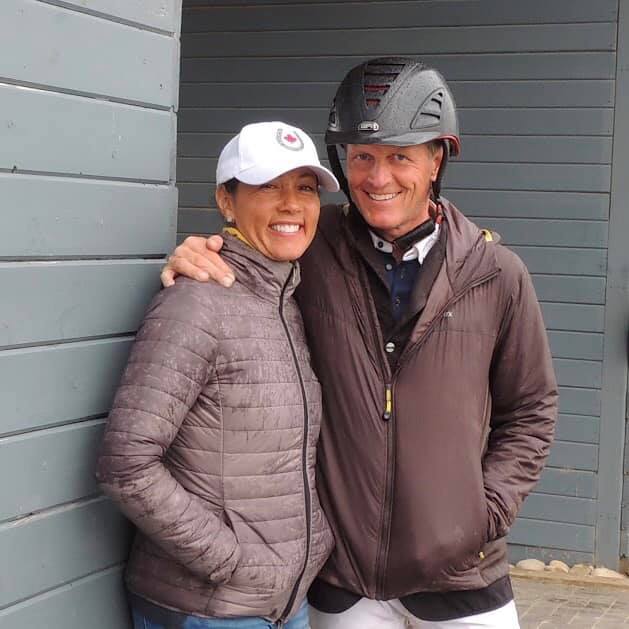 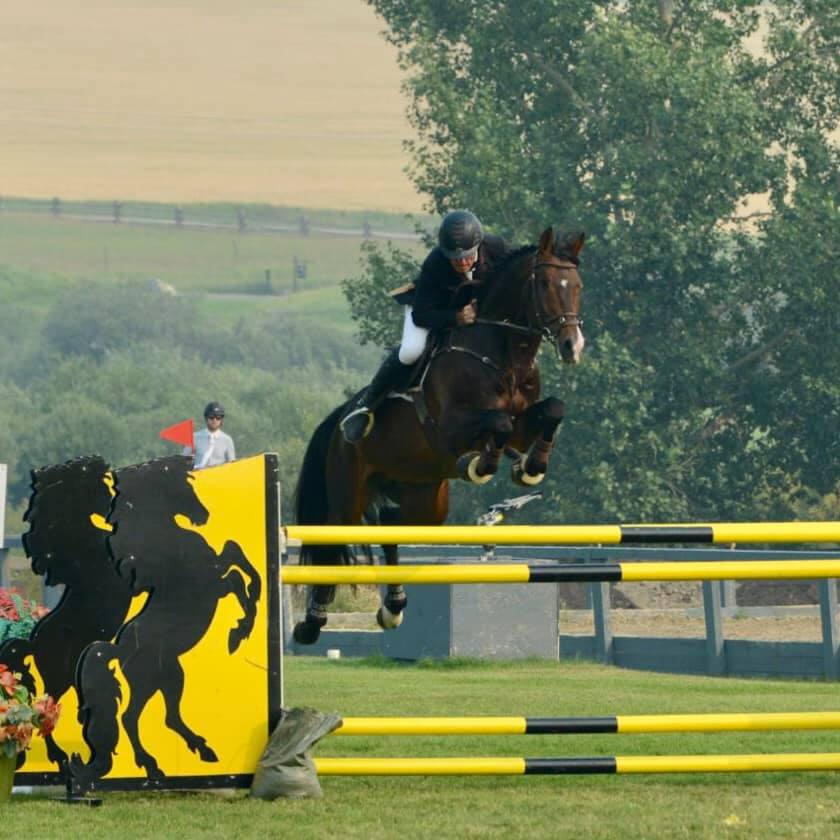 Wachter Horses is a full service showjumping and  breeding business operating out of their state-of-art facility in Alberta, Canada.  Lynne Stephenson & Beda Wachter are Grand Prix riders who have joined their individually successful businesses into one high-performing team.They deliver the best of North American and European riding styles to their program in a relaxed manner. The collaborative effort among Team Wachter’s riders, athletes, parents, spouses, staff & coaches reflects in each individual's success.